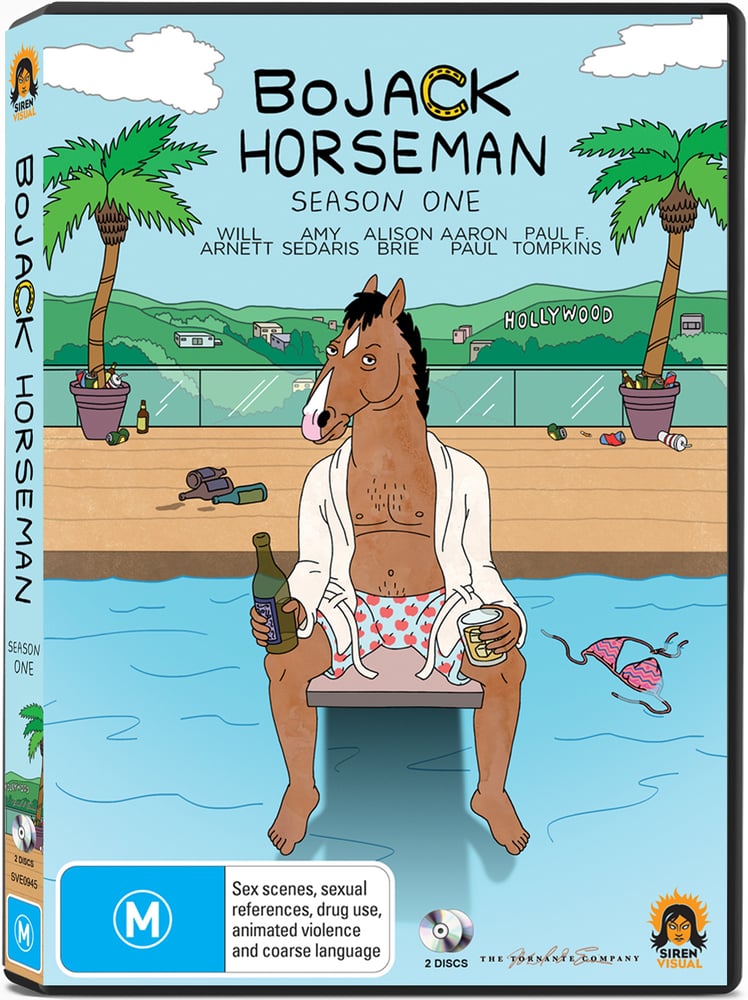 Meet the most beloved sitcom horse of the '90s - 20 years later. BoJack Horseman was the star of the hit TV show "Horsin' Around," but today he's washed up, living in Hollywood, complaining about everything, and wearing colorful sweaters who devises a plan to regain his celebrity relevance with a tell-all autobiography. Ghost-written by BoJack's recent love interest, human Diane Nguyen, he dictates his troubled past expecting she will make him look good. BoJack's agent and on-again-off-again girlfriend Princess Carolyn is another life issue he must contend with, along with his freeloading roommate Todd Chavez, and his annoying frenemy/arch-rival Mr. Peanutbutter, who aside from starring on a competing 90s TV show with a suspiciously similar storyline, is also Diane's boyfriend (and eventual husband).