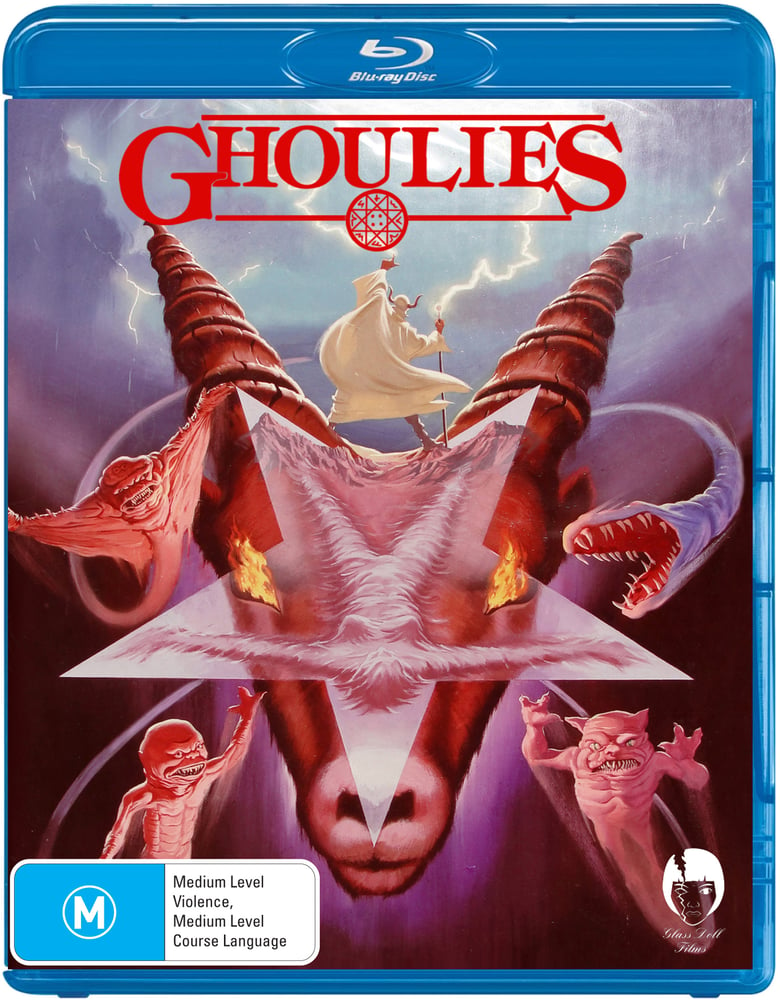 “They’ll get you in the end”

Jonathan Graves (Peter Liapis) and his girlfriend Rebecca (Lisa Pelikan), discover a book of spells and rituals in the family mansion and with it believing they can summon the presence of his dead parents. With the help of his girlfriend and friends during a house warming party, he performs a ritual that instead resurrects demonic little monsters who proceed to run amok on his house guests, among them Fast Times at Ridgemont High’s Scott Thomson and a pre-SVU Mariska Hargitay.

Ghoulies was a runaway success for Empire Pictures which spawned three more sequels. Glass Doll Films is proud to present Ghoulies in HD with all new extra features.