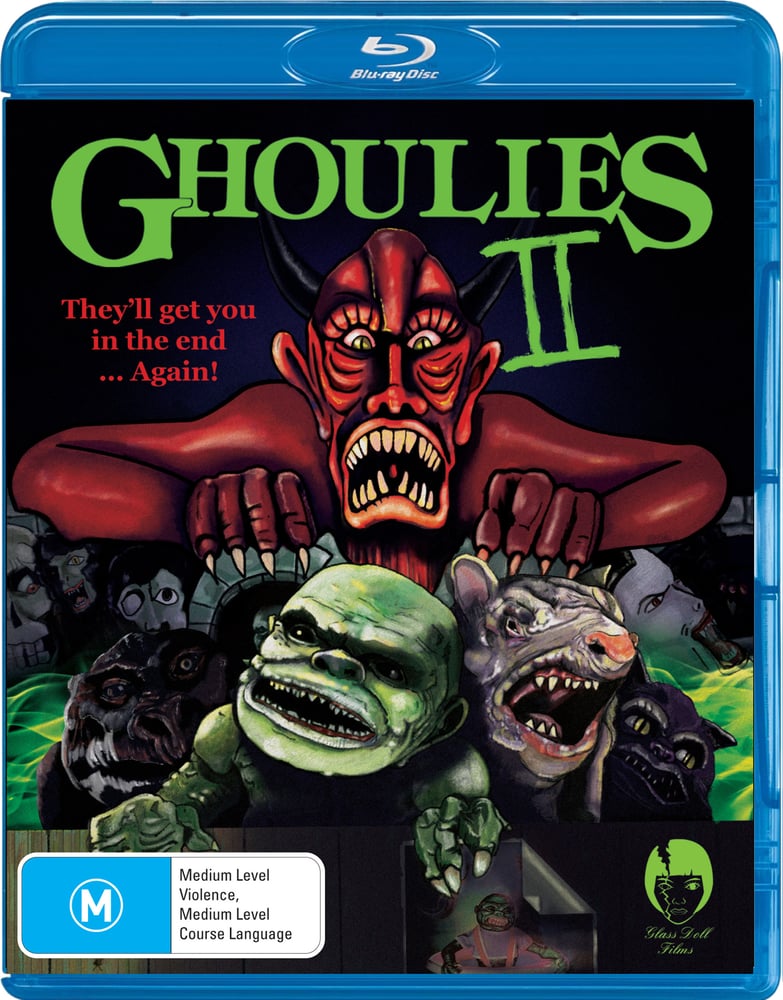 They'll get you in the end...again!

Just when you thought it was safe to go back into the bathroom! Larry Prentice and his boozy Uncle Ned pull their dilapidated Satans Den Horror-on-Wheels carnival attraction off the highway into a garage for fuel and supplies. Unbeknownst to them a priest, hiding in the workshop, is disposing of a squirming bag in a drum of acid whilst denouncing Satan and all who follow him. Suddenly he is set upon by vicious, oddly shaped creatures who push him into the vat. The Ghoulies are back! Attracted by the hellish images on the Satan’s Den truck, they sneak aboard and begin a new reign of terror at the local fairground! When these toilet dwelling demons unwittingly become the fair’s star attraction, a group of teenagers soon realize they’re not part of the show. Kerry Remsen (Pumpkinhead), Phil Fondacaro (Troll, Willow), William Butler (90’s Night Of The Living Dead), and Royal Dano (Killer Klowns From Outer Space, House II), all star in this hilarious creepy sequel to the smash hit Ghoulies!