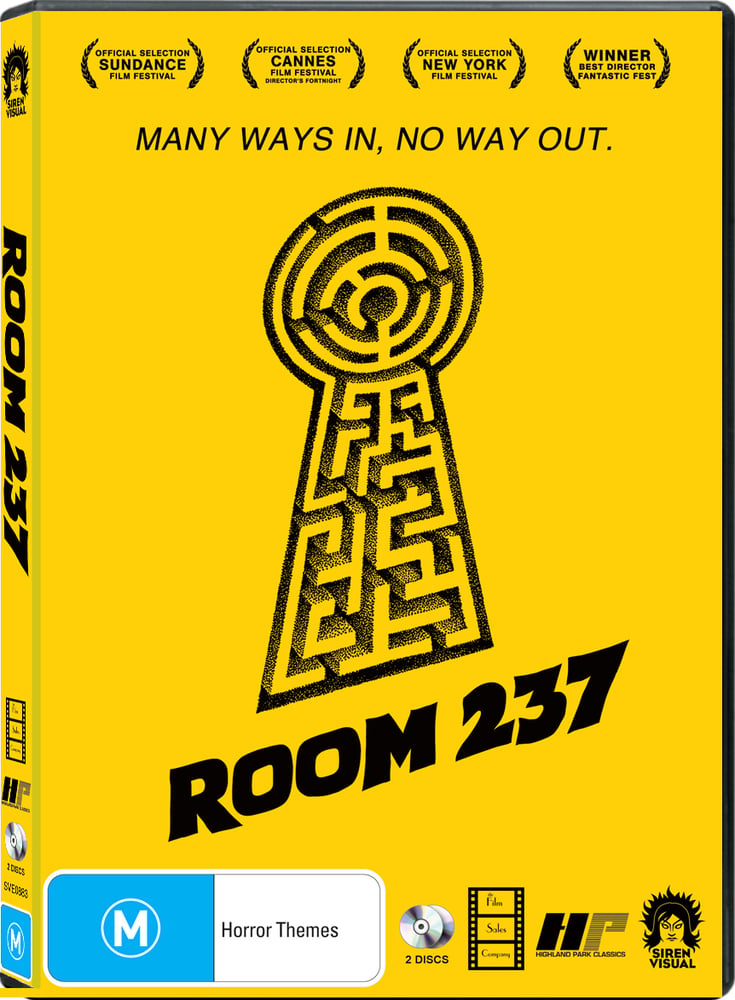 The Shining is perhaps one of the most talked about horror films in the history of the genre. Considered a misfire during its initial release, even earning a few Razzie nominations, over time The Shining has earned a reputation for being a misunderstood masterpiece, sparking many discussions and debates amongst critics, film historians, and fanatical fans, regarding it's subliminal messages, codes, hidden meanings and symbolisms.

Room 237 explores various different theories from various different angles, which range from Kubrick's concerns about the holocaust, to the genocide of the American Indians, and the hoax moon landing of 1969. Whether you agree with what's put forward, it will permanentley change the way you read, understand and interpret films forever. No stone is left unturned in this incredible dissection of one of the most talked about film of Kubrick's career.